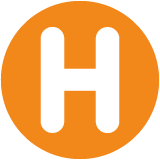 Free choice of hospital throughout Switzerland 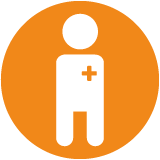 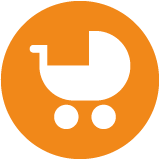 Hospital stay outside of the canton of residence

Mandatory Health Care Insurance covers the costs in the event of a hospital stay in the canton of residence. With one of the CONCORDIA hospital insurances, you are protected for further costs. Supplementary insurance comes with different scopes of benefits.

SEMIPRIVATE Hospital Insurance pays for the comfort of a two-bed room. You are free to choose the hospital as well as the doctor throughout Switzerland. The supplementary insurance also pays for births and rooming-in.

PRIVATE Hospital Insurance offers single rooms in the private ward as well as a free choice of doctor and hospital worldwide. And this also in the event of an emergency. Likewise, this supplementary insurance pays for the best possible medical care and preferential treatment.